Éirinn go Brách or Irish Cupcakes Forever!
Say Happy St. Patrick's Day with these moist and liquor filled delights.   This was a test for me, since my oldest daughter Lindsey is moving to Dublin in May with her company.   We're going to have a huge Irish Shin-dig next month and I will serve these! 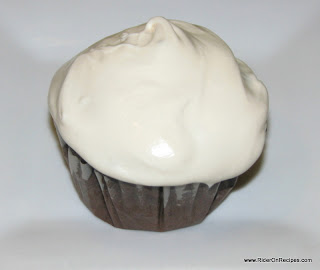 Ingredients:
Ganache filling:
Buttercream frosting:
Directions:   Preheat oven to 350 degrees and line cupcake pan with paper liners.   In a mixer, cream butter and sugar until light and fluffy.   Add eggs, 1 at a time until incorporated then add vanilla.   In a separate bowl, sift flour, cocoa, soda and salt together.   Stager adding some of the flour mixture then the Guinness, then more flour and more Guinness, beating well after each addition until it is all combined.   Spoon into paper cups, about 2/3 full and bake 18 - 20 minutes but no more.


For the ganache, heat heavy cream in a saucepan until it simmers.  In a separate bowl, break up the chocolate into pieces and pour the cream over it.   Let sit for a few minutes then whisk to incorporate, adding the Irish Cream Liqueur.  Set aside to cool and thicken.


Add cooled ganache into a piping bag fitted with a large open tip.   Plunge the tip into each cooled cupcake and squeeze ganache into cupcake until it almost bursts.   I love this part!


For the buttercream frosting, in a mixer beat the butter until light and fluffy.   Slowly add the confectioners sugar, then a bit of Irish Whiskey, until you get a nice texture.   Drink the whiskey yourself if you want!   Frost the filled cupcakes and keep refrigerated until ready to serve.   They won't last long so grab yours before the Leprechaun does! 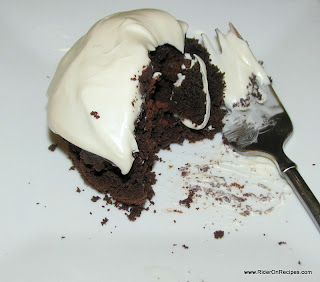 You had me at liquor filled! Guinness, Irish Cream, AND Whiskey?!?!? WOAH!

Love how yummy they look and I'm sure they taste even better :)

I was thinking of making a Guinness cake for St Patricks, I might make these cupcakes instead. mmm Irish Cream!

delicious cupcakes and beautifully decorated cake in the previous post

Ganache filling and that marvelous buttercream frosting? These must be fabulous!